Lekki Concession Company, manager of the Lekki toll road and the Lekki-Ikoyi toll bridge, declared that about 23,000 vehicles have so far been registered since its cashless policy began on January 2, this year.

According to the Managing Director of LCC, Mr. Yomi Omomuwasan, stated that prior to the introduction of the cashless policy, they recorded 29,000 vehicles on the Bridge daily, and that 10,000 of these had e-tag, adding that 13,000 more people were now using the cashless platform since its introduction, bringing the number to 23,000.He further noted that the e-card platform has introduced huge reduction of the winding traffic on the Bridge to a mere trickle.

Omomuwasan said they were looking at increasing the number of vehicles using the cashless platform to 100,000 in the future, explaining that the app was easy to navigate if the user was quite familiar with his or her telephone.

He also reacted to complaints by resident associations and motorists on delay process of picking up the E-card, inability to download the mobile app and other issues since the cashless policy started, adding that the company’s staff could be of assistance to any person who desired their assistance.

According to him, “We have started the cashless policy and actually started on the second of January because Mr. Governor declared January 1st toll free.

We have continued to see growth in the number of people who are coming on board through the non-cash medium. It’s not so much about revenue, rather we are pained by the struggle people go through on traffic and the loss of man-hours. We want people to pass through the Bridge regularly and hassle-free.

Omomuwasan explained further that, “There are growing list of people on daily basis registering and we have also been introducing the devices for them to come and pick. In our view, we are moving forward. In the bridge, we have seen less congestion and that is also affecting the Lekki Phase I, itself both from Admiralty Way and the other side.”

The complains by users of the app, he said was expected and that gradually people would understand the process. “People are also seen on the Bridge with low balance in their cards, what we need to do about that is to increase the publicity of the mobile application to enable them to know their balance without getting to the Bridge.

People are complaining that their cards are not working because sometimes people mix the old card with the new one. From the beginning of the Bridge we have put messages for E-payment and people are there to advise motorists. We believe that either of the measures should attract motorists’ attention.

For those using the bridge for the first time, he said “First timers on the road could just pick the pre-loaded card before the gate and move on. The idea is to make both the Bridge and the Road cashless. We need to capture 80 to 90 per cent of motorists on the cashless policy. We are opening up centres on the mainland and Island for people to register because we want everybody to go on the E-tag.” 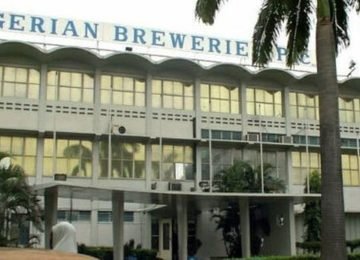 Posted by InstinctBusiness - May 10, 2022 0
Nigeria’s foremost brewing company, Nigerian Breweries Plc has recorded an impressive result in the first quarter (Q1) of the 2022… 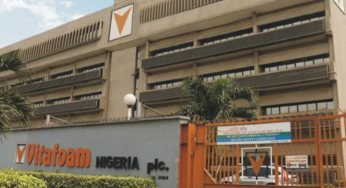 Posted by InstinctBusiness - December 31, 2019 0
The Shareholders of Vitafoam Nigeria Plc will share a dividend of N525 million for the year ended September 30, 2019,… 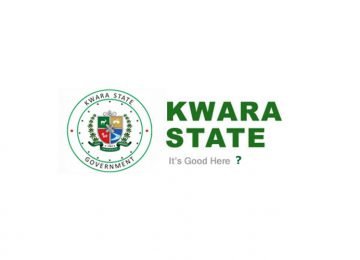 Posted by InstinctBusiness - July 15, 2019 0
The Kwara State Government said it generated the sum of N16.139 billion as internally generated revenue (IGR) in the first… 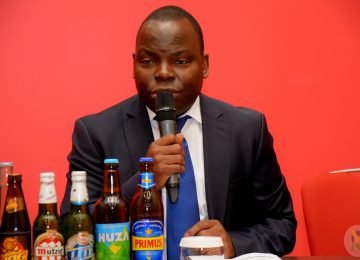 Posted by InstinctBusiness - August 14, 2018 0
The Largest brewery in Rwanda, Bralirwa Plc has recorded a profit of Rwf2.1bn in the first half of 2018. The… 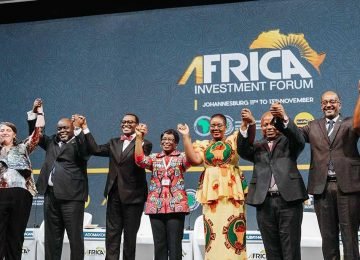 Posted by InstinctBusiness - November 14, 2019 0
The Africa Finance Corporation (AFC) recently announced that the African Development Bank Group (AfDB) has invested $50 million in the…