Mauritius Commercial Bank (MCB) in Seychelles now offers customers mobile phone transactions that can withdraw money at ATMs without a bank card and pay bills via the bank’s mobile app. The transactions are possible through a smartphone app called JuiceByMCB Seychelles, which is available for download on Androids and IOS platforms.

It was vividly explained that, to register to JuiceByMCB Seychelles, clients must link their bank accounts with their mobile phone number and through a simple and secure self-registration process. This can be done by downloading the app, enter the username and password used for internet banking or the details of their MCB debit card. Registration is finalised by entering an activation code received by SMS on one’s mobile phone number

The Managing Director of MCB Seychelles Bernard Jackson, said that, “Only Juice allows customers and their beneficiaries to withdraw cash on our ATMs without using cards. Juice combines convenience and security leveraging on thumbprint or face recognition technology to authorise transactions,”

Hence, the app allows a user to send money to friends and relatives who do not have a bank card. This can be done by choosing the cardless withdrawal option within the app, entering the amount of money to be transferred, the receiver’s phone number and a payment PIN.

Commenting on the initiative One of the app users Travis Julienne, injected that, “I found out about Juice during a meeting with some bankers at MCB, and the gentleman from the team advised I try it out since I’m a guy who hates going to banks and queuing up. From that day, I have been juicing.”

“it is shockingly easy to use the app. I unlock it with my fingerprint, it connects and I’m in my account.” Travis added.

Moreover, it is also available in English and French, JuiceByMCB Seychelles also allows users to have access to their accounts at all time, manage their MCB cards, make instant money transfers to other MCB accounts, pay bills and recharge one’s mobile account for voice or data.

Another user, Amanda Rene, gave a remark that she uses several banking apps and MCB Juice is the simplest and most user-friendly.

Rene stated that, “I think it is also great as it helps customers and the bank go paperless. Banks can save on printing and delivery, which is also good for the environment, and as a customer, it is safer. It also gives you more control over your finances.”

She noted that she sometimes has trouble logging in and making transactions during the weekend.

“This may be because of slow internet connection, especially if you are using data on your phone. I think the app needs a better supporting system in terms of the internet,” Rene added.

Since the launch of the app in February, many clients having registered and continuously enrolling. The bank is encouraging more people to use the app with the aim of enhancing the banking experience. Posted by InstinctBusiness - March 26, 2020 0
The GCB Bank has updated its tariff guide and wallet limit in accordance with a directive issued by the Monetary… 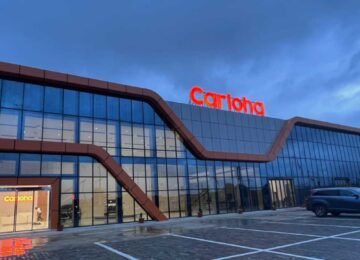 Posted by InstinctBusiness - December 2, 2022 0
Carloha Nigeria has reaffirmed its commitment to the development of technological advancement in automobile engineering, especially as regards the purchase… 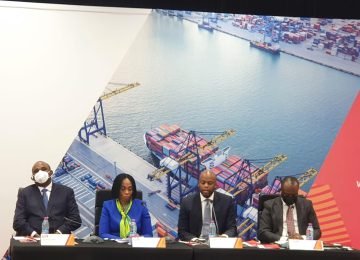 Posted by InstinctBusiness - January 19, 2022 0
President and Board Chairman of Afreximbank, Prof. Benedict Oramah, has given assurance that SMEs – especially those owned by young…

Posted by InstinctBusiness - August 2, 2022 0
The Lagos State Internal Revenue Service (LIRS) is set to launch its Whistle-blower initiative this Friday. The initiative is a…