GCB Bank recorded significant growth in profit before tax of ¢573.67 million from ¢450.17 million in 2018.
This is a growth in profit by 27.4 per cent and paid a dividend of ¢0.20 per share.
Board Chairman of GCB Bank, Jude Arthur, attributed GCB’s impressive financial performance to its strategic focus of growing the balance sheet and diversifying the Bank’s income base, underpinned by a robust risk management framework, strengthening of the Internal Audit and combined Assurance functions.
On the payment of dividend, Mr Arthur stated that even though the Bank of Ghana (BOG) had placed a temporary ban on the payment of dividends due to the potential negative impact of Covid-19 on the liquidity and solvency of banks, GCB was given the permission to pay dividends due to the Bank’s impressive financial performance and a case made by the Bank to the Central Bank to outline measures put in place to ensure sustainable growth.
He was speaking at the Bank’s 26th Annual General Meeting (AGM) via a virtual platform for its shareholders to consider and adopt the Reports of the Directors, Auditors and the Financial Statements for the year ended December 31, 2019.
The virtual AGM was held recently at the GCB Head Office in Accra was in compliance with Imposition of Restriction Act 2020 (Act 1012), the Registrar General’s Department and Securities and Exchange Commission directives and guidance on holding virtual Annual General Meetings.
Commenting on the impact of Covid-19 on the Bank’s operations, Mr Arthur stated that the Board has developed measures to combat the effects of the pandemic on both the bank and its clients.
He added that measures adopted include; staff rotation and working from home, stringent adoption and adherence to Covid-19 principles in the workplace and a framework that prioritises capital expenditure spend taking cognizance of Covid-19.
Customers in sectors that have been hard hit have been provided with concessionary rates and a moratorium on principal and interest on loan facilities. 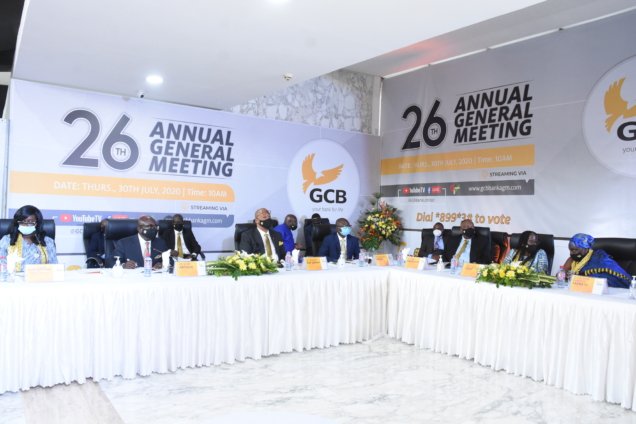 The Bank has also deployed measures aimed at aggressively growing the Bank’s business in identified areas, particularly in the development of electronic banking solutions.

Shareholders participated and voted at the AGM through a dedicated portal created for the AGM and a unique password.

The AGM proceedings were transmitted live on GTV and also streamed live and across all GCB Bank’s social media platforms.

Departure of GCB MD and Deputy

Prior to officially bringing the AGM to a close, the Board Chairman announced that the Managing Director of the Bank; Anselm Ray Sowah, whose three-year tenure ends this year has opted not to seek a renewal of his contract and will depart the Bank.

The Deputy Managing Director Operations of the Bank, Samuel Amankwah, has also reached the mandatory retirement age and will be retired from the Bank.

The Board Chairman and the Shareholders congratulated them for their stellar performance and wished them well.

Total deposit also increased by 18.4 per cent to ¢9.82 billion from ¢8.30 billion in 2018, making GCB the number one ranked bank in terms of deposit and asset size in the banking industry.

Mr Arthur stated that GCB Bank invested ¢10.37 million in CSR activities for 2019 as compared to ¢5.62 million spent in 2018 largely in the areas of health, education, environment and sanitation.

He added that CSR has been highlighted in the new BoG guidelines as an activity that should be under the purview of the Board and a new policy framework is being developed to define the Bank’s contribution to the communities in which it operates.

On the way forward, the Board Chairman stated that over the past few years GCB has embarked on an aggressive digital strategy aimed at enhancing the frontiers of branchless banking, deepening financial inclusion and putting GCB at the heart of the ongoing mobile money revolution with the launch of key initiatives like the launch of G-Money; an industry first mobile money service.

He emphasized that GCB Bank would continue to position itself to attract the unbanked segment of the market and also deploy its mobile money services to help customers make the transition from the informal to the formal banking sector and provide them with innovative financial products. 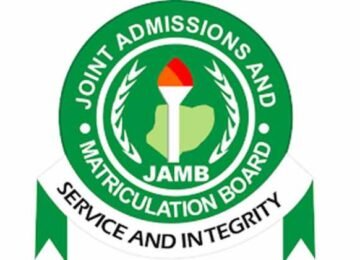 Posted by InstinctBusiness - December 13, 2022 0
The Joint Admissions and Matriculation Board (JAMB) has commenced training for all administrative staff of tertiary institutions to keep them… 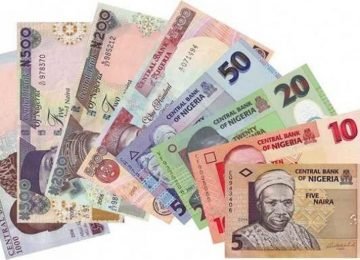 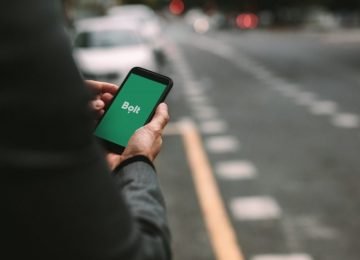 Posted by InstinctBusiness - March 5, 2021 0
Bolt is partnering with IFC, a member of the World Bank Group, to promote access to on-demand mobility services in… 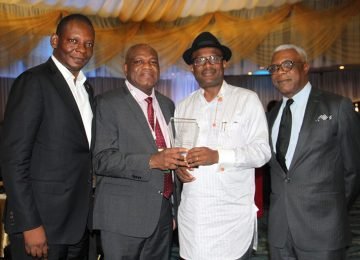 Posted by InstinctBusiness - July 9, 2018 0
The Aiteo group was declared Indigenous Oil and Gas Company of the Year at the Nigerian Oil and Gas (NOG)… 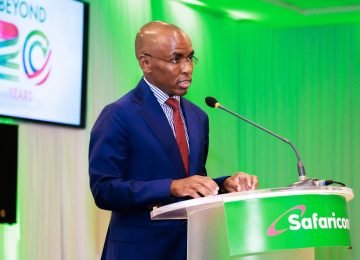