Zenith Bank Plc has announced its unaudited results for the first quarter ended March 31, 2020, with gross earnings rising by six per cent to N166.8 billion, up from the N158.1 billion recorded in March 2019.

This was in spite of a challenging domestic operating macroeconomic environment and global headwinds.

According to the unaudited statement of account presented to the Nigerian Stock Exchange (NSE) recently, group’s top-line growth was driven by the 43 per cent expansion in non-interest income from N32.7 billion in the prior period to N46.6 billion in March 2020.

Its non-interest income growth was driven by a 98 per cent surge in trading income from N7.8 billion in March 2019, to N15.5 billion in the quarter under review.

The increased profits benefited from the twin effects of continuing top-line growth and focused cost-of-funds optimisation.

Despite this drop, the current low yield environment necessitated the repricing of interest-bearing assets which in turn resulted in a 13 per cent compression in net interest margin, decreasing from 8.9 per cent in March 2019, to 7.7 per cent in the period under review.

The bank has continued to gain customer acceptance, with customer deposits increasing by five per cent, from N4.26 trillion in December 2019, to N4.46 trillion in the current period.

The bank’s customer acquisition strategy has been underpinned by the versatility of its electronic platforms and digital channels, which continue to resonate with customers.

Similarly, the bank’s total assets increased by 12 per cent, growing from N6.35 trillion in December 2019, to close at N7.13 trillion in the current period.

In the quarter under review, gross loans also grew by 11 per cent, from N2.46 trillion in December 2019, to N2.74 trillion within the period.

While seeking opportunities in select sectors, risk management and prudence took precedence as cost of risk moved marginally from 0.4 per cent to 0.6 per cent.

Over the years, conservatism has put the bank in a firm position from a balance sheet, capital adequacy and liquidity standpoint, allowing for prudential ratios to exceed the relevant regulatory thresholds as at end-March 2020.

As a result of the challenges presented by the novel COVID-19 pandemic, the bank has activated its business continuity plan, deploying its broad spectrum of enhanced digital channels and platform to handle increased volumes of customers’ transactions during this period.

While the duration and extent of the pandemic on the economy are yet unknown, the bank is adapting and evolving to take advantage of the opportunities a post-COVID world will present.

Notably, Zenith Bank has continued to maintain the leadership position in the Nigerian financial industry, achieving the feat as the first Nigerian bank to cross the N200 billion profitability mark with a profit after tax of N208.8 billion in its audited financial results for the 2019 financial year. 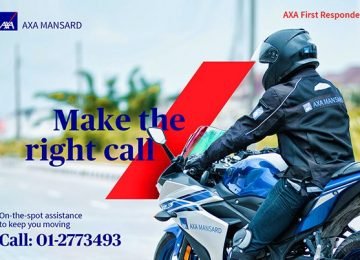 Posted by InstinctBusiness - January 16, 2019 0
In Line with the commitment to enhance customers experience and satisfaction, AXA MANSARD Insurance Plc, a member of the AXA…

Posted by InstinctBusiness - May 20, 2019 0
AXA Mansard Insurance Plc has announced gross written premium of N33.9 billion in its 2018 financial year, up by 26…

Posted by InstinctBusiness - July 19, 2017 0
First Bank of Nigeria Limited has expanded its Financial Literacy programme to the Eastern part of the country with the… 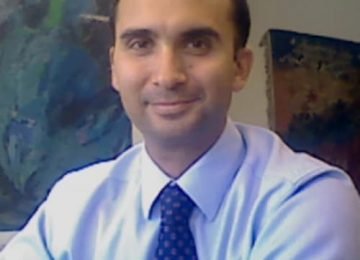