The Bank of Ghana (BoG) has expressed optimism in the banking sector, assuring that measures and regulations introduced this year are beginning to create strong buffers for banks in the country.

In its latest Banking Sector report, the central bank stated that the banking industry’s outlook remains positive with expected increases in credit demand and easing of the credit stance to boost private sector lending. “An assessment of the banking sector as at end-August 2021 indicated that the sector’s performance remained strong, underpinned by sustained growth in total assets, deposits and investments,” the report said.

According to the central bank, the expansion in the industry’s assets was on the back of increased liquidity flows from deposits and borrowings during the review period.

Despite the negative impact of the COVID-19 pandemic, the BoG said new advances by banks during 2021 have been robust – supported by the regulatory reliefs and policy measures introduced at the pandemic’s onset in 2020.

The report pointed out that the latest Credit Conditions Survey shows a potential increase in demand for credit and a likely softening of banks’ credit stance over the next two months – a development that may further boost new advances and translate into higher credit growth. It added that the Financial Soundness Indicators (FSIs) of the banking sector remained healthy with improved profitability, solvency and liquidity indicators.

Assessing the asset quality of banks, the report showed that their associated risks elevated this year compared to last year – due to repayment challenges associated with the COVID-19 pandemic as well as some bank-specific loan recovery challenges. This impacted the Non-Performing Loan (NPL) ratio of banks – seeing it increase from 15.5 percent in August 2020 to 17.3 percent in August 2021.

The BoG explained that the increase in NPL was due to the combined effect of an increase in stock of NPLs by 21.0 percent to GH¢8.4billion, as well as a modest growth in the stock of gross loans by 8.7 percent over the period.

Additionally, the report stated that the mining and quarrying, and commerce and finance sectors recorded increases in their respective NPL ratios by 4.6 percentage points and 2.3 percentage points to 14.0 percent and 26.4 percent over the same comparative period. All other economic sectors recorded declines in the NPL ratios during the review period, with the greatest improvement in the quality of the loan portfolio attributed to the agriculture, forestry and fishing sectors. 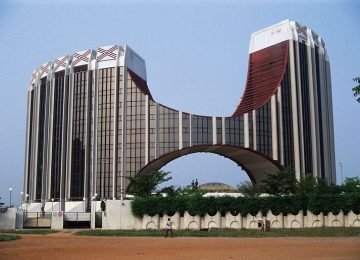 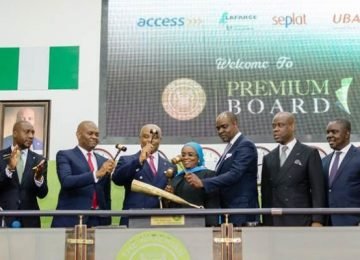 Posted by InstinctBusiness - February 15, 2021 0
No fewer than 26,800 youths have been trained by the federal government under the first and second phases of the…