He cited ‘personal reason’ for his early departure in a memo to staff.

Mr Mikosz will now take over from Paul Steele, who retired from IATA in October last year. IATA’s chief economist Brian Pearce has been doubling up as the VP on an interim basis.

He stated further that, “At IATA, Mikosz will lead the organisation’s global advocacy activities and aero-political policy development, along with managing the association’s strategic relationships”.
Prior to joining KQ in 2017, Mr Mikosz was CEO of Poland’s largest online travel agency, the eSKY Group, between 2015 and 2017 and Polish flag carrier, LOT Polish Airlines, from 2009 to 2015. Posted by InstinctBusiness - January 11, 2021 0
Coca-Cola has appointed Alfred Olajide as it’s new vice president and managing director for its Nigeria operations. A statement by… Posted by InstinctBusiness - December 14, 2020 0
The Board of Directors of UAC of Nigeria Plc has announced the appointment of Mrs. Funke Ijaiya-Oladipo as Chief Financial… 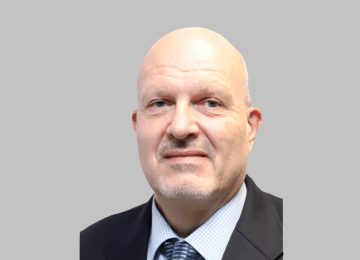 Posted by InstinctBusiness - October 5, 2020 0
BUA Cement Plc has appointed a finance professional with over 26 years’ experience, Mr. Jacques Piekarski as its chief financial…