Siemens Nigeria announced its plan to diversify its power services business to the non-oil and gas sectors to cushion the effect of fluctuations in the oil and gas industry as well as foreign exchange in the country.

The General Manager, Power Services Business, Siemens Nigeria, Seun Suleiman, said the company has invested over €3.5million to open a fully equipped workshop in Port Harcourt to serve both the oil and gas and non-oil and gas companies.

Suleiman expressed regret that most industry operators saw Siemens Power Services business as limited to the oil and gas sector, adding that the company’s services was beneficial to the food and beverages industry as well as the agro-chemical industry, among others.

Explaining the reason for the diversification, he said: “The oil and gas industry is a very traditional market. You find people who have been in the industry: they just want to remain in the industry. So, the orientation we are trying to change is that we cannot stay there alone. Everyday cannot be Christmas. We need to move out of that mentality.

“If you look at the Nigerian oil industry, during the last few years before this administration, the oil price was a certain level and the Nigerian budget was planned based on those indices.

“When the new government took over, it was in the general public that what they sold oil was less than what the previous administration sold it for. They said they did not have much even when they planned to do more.

He stated further, “So, I am also looking at it to say the oil market has dropped. It is only trying to pick up. But because it is trying to pick up again, I should be able to say: what are the other areas that I can also diversify because when the oil price crashed, customers were calling us to say they could not pay what they used to pay because of the price slump. So now that the price of crude oil is going back, nobody is trying to talk about it because they don’t want to go back to the old problems.

“It is also good to say we that are not an oil and gas company but has people in the industry as our customers will be more impacted because they are only doing services that are only mandatory. Before they could do what was not strictly mandatory but now they have more stringent control on their finances. So as a business owner, I have to look for other areas.”

Suleiman added: “I want the non-oil and gas sector public to know that we have a shop here fully equipped with machinery where we can repair pumps and valves. We are also trying to put together capacity for electric motor. We are also looking at strategy for repair of dry gas seals.

“This is not something that is only used by my customers in the oil and gas industry. It is also used by companies in the non-oil and gas sector. This way we are creating jobs and technology.”

On local content, Suleiman said the power services business of Siemens Nigeria has 60 staff, with only one being an expatriate who would also retire by the end of the month to be replaced by a Nigerian.

“For this business that I sit on, we have only one expatriate and he is retiring this April and I have recruited a Nigerian to replace him. So, the workshop that was run by an expatriate will be run by a Nigerian now. So, we have localised from a manpower perspective. We believe that in a country of about 170 million people, Nigerians are very good and we can get anybody we need for all positions. That is one.

“For the materials aspect, how are we localising; ensuring that most of the work we do here incorporate the local content? We say we have a turbine, a compressor etc.

Suleiman added that, “You notice that the factories that manufacture these things all sit abroad and there is a limit to the amount of work that we can do here locally. But now, if you go to our workshop here in Port Harcourt, even in our compressor work, we are doing a lot of inspection here, we have the tooling; some jobs we are doing more than 50 per cent of the local work here” .

Posted by InstinctBusiness - September 4, 2019 0
In a bid to improve economic status and poverty reduction in the country, the management of Dangote Foundation has declared… 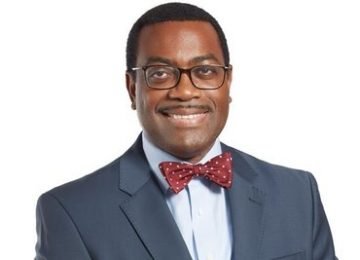 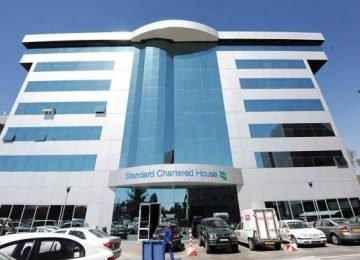 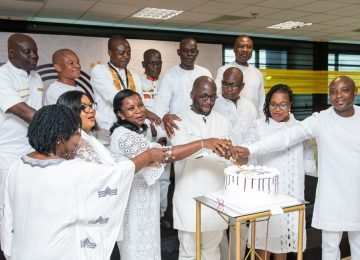 Posted by InstinctBusiness - May 4, 2022 0
Universal Merchant Bank, a leading indigenous Ghanaian bank, has marked its Jubilee May Day celebrations to its staff; both current…

Steinhoff heads the way in FOs