The Retirement Savings Accounts (RSA) remittance data for the fourth quarter of 2019 recently released by the National Pension Commission (PenCom) showed that N15.36 billion has so far been remitted into RSA within the period under a recovery drive. The data also showed that funds were remitted into 966,155 employees’ accounts out of 2,044 organisations, but the private sector still controls the larger proportion of RSA.

Beyond the RSA remittances, PenCom has for years taken major steps to deepen the pension industry and protect contributors’ investments.

For example, of the N15.36 billion received into the National Pension Commission (PenCom’s) Retirement Savings Accounts (RSA) as at fourth quarter of 2018, the principal contribution was N7.87 billion and penalty of N7.49 billion, which raised hopes for pension contributors and the industry.

According to the report, PenCom received a total of 3,046 applications for the issuance of Pension Compliance Certificates, out of which 2,044 were approved and issued. Also, 1,002 applications were rejected for failing to meet appropriate requirements.

The report shows that the cumulative number of applications received during the year was 16,536 out, of which 16,100 were approved and issued certificates while 436 were rejected. PenCom reiterated that it continued to apply various strategies to ensure compliance with the provisions of the Pension Reform Act of 2014.

The pension industry had achieved a 1.63 per cent growth in the scheme’s membership during the fourth quarter of 2018, moving from 8.34 million contributors at the end of the preceding quarter to 8.47 million. The report showed that the RSA scheme, which had an increase of 138,236 contributors, representing 1.64 per cent, drove the growth recorded in membership. The RSA registrations also grew by 0.82 per cent (29,455) in RSA membership from the public sector to stand at 3.6 million. The figure represents 42.92 per cent of the total RSA registrations.

Also, the private sector membership rose by 2.32 per cent (108,781) in the quarter under review, bringing total registrations from this sector to 4.8 million, representing 57.08 per cent of total RSA membership. This growth can be attributed to the increased level of compliance by the private sector.

No fewer than 8.5 million people were enrolled in the Contributory Pension Scheme (CPS) since its inception 15 years ago, the Head, Communications Department, PenCom, Peter Aghahowa, said at the just concluded 30th Enugu International Trade Fair. The scheme introduced in 2004, was a process where a certain percentage of enrollees’ salaries were saved on a monthly basis with the employers also contributing. The scheme had PenCom as the regulatory body with Pension Fund Administrators (PFA) working under its directive.

Aghahowa said the scheme had made the life of retirees much easier, unlike the defined benefits scheme, which it replaced, noting that it had become imperative for every state of the federation to key into the scheme for easy pension administration. However, he said it was saddening that despite the enormous advantages inherent in the scheme, some state governments were yet to embrace the scheme to make life better for retirees in their respective states.

PenCom has barred PFA’s from investing in the bonds of nine states that are yet to amend their state pension laws to join the Contributory Pension Scheme (CPS). Research also revealed that this restriction might be extended to 15 other states that had joined the CPS, but are not showing full commitment to funding the RSA of their workers.

The CPS was established under the Pension Reform Act (PRA) to replace the DBS. This was because the DBS had huge liabilities, which were not being funded, leading to situations where retirees endured long waits to get their entitlements, while many of them died without being paid. Unfortunately, the same scenario, which was prevalent in states operating the DBS, is now happening in the states operating the CPS due to poor funding of the scheme.

“The states have to enact the laws to do the CPS because they are going to operate based on the provisions of the laws. We can only encourage them because of the benefits in the scheme. “We don’t invest in bonds of states that have not enacted their laws. We have some that are not complying properly while some are complying partially. I believe we will review some of those things again. But for now, if you have not even enacted any law, don’t think we will start investing in your bonds,” he said.

PenCom has deployed the RSA Multi-Fund Structure conceived by the commission to align with contributors’ risk appetite with their investment horizon, at each stage of their life cycle.The RSA Multi-Fund Structure is to achieve optimum returns for contributors by aligning their pension savings with their individual risk/return profiles, provide investment portfolio choices to contributors, and enhance the safety of pension assets through adequate portfolio diversification, increased investment in equities and alternative assets, such as infrastructure and private equity.

As of December 31, 2018, the RSA Fund had been successfully split into four funds, while the sensitisation of RSA contributors is still ongoing to create awareness on the features of the RSA Multi-Fund Structure. Presently, RSA contributors have the opportunity to choose a Fund that best suits their risk-return profile.

PenCom, under its Director-General, Mrs. Aisha Dahir-Umar, maintained that the services of Recovery Agents (RAs) were used for the recovery of outstanding pension contributions and penalty from defaulting employers. The agents were mandated to review the pension records of the employers assigned by the commission, with a view to recovering outstanding pension contributions with the penalty. For the period under review, the sum of N365.56 million was recovered by the RAs, bringing the total recoveries made by the agents from the inauguration of the exercise in 2012 to date to N15.36 billion, representing the principal contribution of N7.87 billion and penalty of N7.49 billion.

The recovery, which has been largely successful, has boosted the confidence of contributors and by extension encouraged non-participating employees and employers to embrace the Scheme. Both the principal contributions and penalty have been credited into the workers’ RSA accounts. The penalty is meant to compensate for the income that would have been earned if the contributions were remitted as and when due.

The commission is also prosecuting recalcitrant employers, who fail to remit their employees’ pension contributions into their RSAs and has instituted legal actions against 167 recalcitrant employers, out of which 78 have opted to settle out of court, while 34 judgments have been obtained and 23 are at different stages in the courts. Besides, the commission said it has a fully functional Complaints Monitoring and Resolution Team, which attends to complaints on non, late, or under-remittance of pension contributions into employees RSAs.

The implementation of various strategies has improved the level of remittance of pension contributions by the private sector employers, boosted the confidence of contributors and encouraged non-participating employers to embrace the scheme. PenCom noted that it has consistently been engaging various state governments, trade unions, relevant stakeholders and the general public on the full benefits of the CPS with a view to bringing them to full implementation of the scheme. 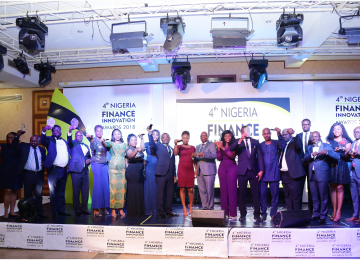 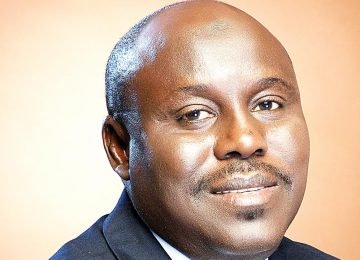 Posted by InstinctBusiness - July 25, 2018 0
Royal Exchange Plc, an insurance and financial services group, has announced its results for the financial year ended December 31,… 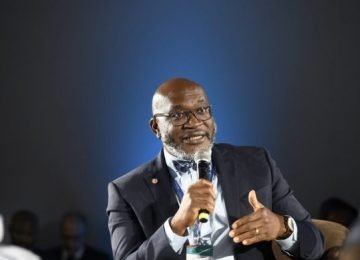 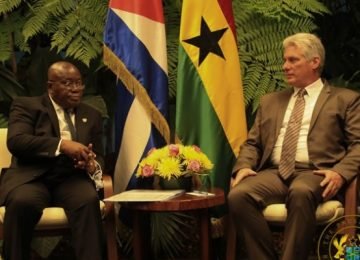 Posted by InstinctBusiness - April 8, 2019 0
The President of the Republic, Nana Addo Dankwa Akufo-Addo, says the prospects for scaling-up economic relations between Ghana and Cuba… 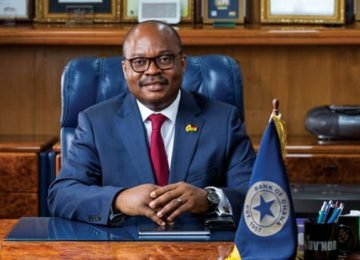 Posted by InstinctBusiness - January 18, 2022 0
The 2021 Half-Year Complaints Management Report has indicated that the Bank of Ghana received a total of 321 complaints directly…