Apple has quietly revealed that iOS 14.5 will officially arrive starting next week.

As Apple announced the launch of new Tile-like AirTag tracker, the company said recently that: “AirTag requires iPhone or iPod touch running iOS 14.5 or later, or iPad running iPadOS 14.5 or later”. These software updates will be available starting next week”.

“Customers must have an Apple ID and be signed into their iCloud account. Certain features require Find My to be enabled in iCloud settings,” Apple added.

Apple first launched the iOS 14.5 beta to the public earlier this year in February alongside watchOS 7.4 beta.

The new iOS 14.5 beta update brings with it over 200 new emojis including a new AirPods Max emoji.

The new update also brings with it new shortcuts for apps including ‘Take Screenshot’, ‘Orientation Lock’ where the Shortcuts app sets the screen orientation to ‘on’ or ‘off’.

Apple has also announced to fix battery drain and other performance issues with iPhone 11 series devices via an upcoming iOS update.

According to an Apple support document, the recalibration process will happen when you update an iPhone 11, 11 Pro, or 11 Pro Max to the upcoming iOS 14.5 update. Posted by InstinctBusiness - November 9, 2022 0
Facebook parent company Meta, declared extensive layoffs of 11,000 staff recently, equivalent to 13% of its workforce, in the first… 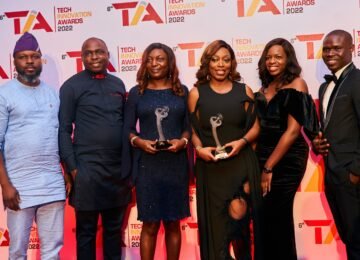 Facebook announces the launch of the Marketplace in Nigeria

Posted by InstinctBusiness - February 5, 2021 0
Facebook has announced the launch in Nigeria of a marketplace, a convenient destination where people can discover, buy and sell… LG Energy Solution to invest $4.5b in battery business

Posted by InstinctBusiness - March 22, 2021 0
LG Energy Solution said it will invest more than $4.5 billion in its United States battery production by 2025 as… Posted by InstinctBusiness - January 14, 2021 0
Samsung has added a brand new mobile phone to the Galaxy A series, with the launch of Galaxy A12. The…