The Managing Director/Chief Executive of Fidelity Bank Plc, Mr. Nnamdi Okonkwo, has reiterated the bank’s commitment towards female entrepreneurs, saying it has set aside $15 million for women-led SMEs.

The $15 million represents 30 per cent of the $50 million facility which the bank received from the African Development Bank (AfDB) last year.

Speaking recently at a forum with women entrepreneurs in Lagos, , as part of activities to mark the 2020 International Women’s Day, Okonkwo said the bank was passionate about SMEs, especially when they are women-led.

Okonkwo said: “We are very passionate about women empowerment. So, this week as part of activities towards IWD, we put together this program to connect female entrepreneurs.

“This is just one of the things that Fidelity Bank does to strengthen our women program. Recently we obtained a facility of $50 million from AfDB and about 30 per cent of this is dedicated to female entrepreneurs.

“We have built partnership over time with and this is why of supporting women entrepreneurs and we will continue to do that.”

While noting that women are powerful and can do anything they set out to achieve, he said the bank has built structures and systems to channel low cost intervention and development funding to MSMEs including women entrepreneurs to tame the ‘high-cost-of-funds’ challenge facing SMEs.

He further revealed that Fidelity has so far disbursed N2.3 billion out of the N220 billion MSME Development Fund of the Central Bank of Nigeria. He said Fidelity Bank has also disbursed about N16 billion, which is about 14 per cent of Bank of Industry’s (BoI) N112 billion support to the SME segment in 2017.

“We got an offer for a N28 billion on-lending line from the Development Bank of Nigeria (DBN) in 2018 for on-lending to players in key sectors.

Also, about N18 billion has already being disbursed and an additional N6.8 billion already approved and awaiting completion of documentation by customers”.

On the approach used by the bank, Okonkwo said, knowing the peculiarities of different trades and industries, the bank decided to use the cluster approach which allows it market specific products tailored to the needs of each profession. He explained that with collateral being an issue for many SMEs and entrepreneurs, the bank had decided to use group lending for its clusters thus reducing the level of non-performing loans in the SME sector.

Posted by InstinctBusiness - August 28, 2017 0
The Shipping Association of Nigeria (SAN) has expressed confidence in the transformation strides in the maritime sector by the Dr.…

Posted by InstinctBusiness - August 7, 2017 0
The Central Bank of Nigeria (CBN) has assured that Financial Technology (FinTech) companies will not take over the roles played… 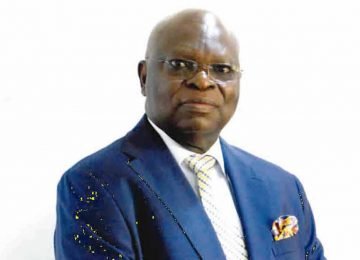