The Nigerian Export-Import Bank (NEXIM Bank) has revealed that it has disbursed about N22 billion to exporters in the non-oil sector in the last one year.

The bank disclosed that through its intervention, it has facilitated the creation and sustenance of about 2,039 direct jobs, in addition to many indirect jobs and foreign exchange earnings of about US$267million annually.

A statement recently disclosed that the beneficiaries included exporters of agricultural commodities and value-added products distributed across the country with nation-wide impact, cutting across various sectors/industries, including cocoa, cashew, sesame seed, gum Arabic and leather products.

Aside its funding intervention, the Bank also said it has recorded a quantum leap in its financial indices, with a profit of about N2.09 billion recorded in 2018, from a loss position in 2017.

NEXIM Bank stated that its balance sheet size also doubled from about N61 billion in 2016 to about N117 billion in 2018 and was projected to increase to N190 billion by December, 2019.

Following the appointment of a new management in April, 2017, led by Abba Bello, and inauguration of the Board in March, 2018, under the chairmanship of CBN Deputy Governor, Joseph Nnanna, NEXIM Bank has taken significant steps to retool its operations.

Besides collaborating with the Central Bank of Nigeria in the management of intervention funds to the tune of N550 billion, its export support programme was predicated on the PAVE philosophy, that is, Produce, Add Value and Export.

NEXIM’s efforts to develop the non-oil export sector is currently structured along six initiatives, which include support for critical agricultural commodities, particularly in products where the country has high comparative advantage.

This is to minimise informal trade and boost the country’s export footprint.

The Bank has been supporting services export in the areas of the creative economy, business process outsourcing, professional services as well as medical tourism towards saving about US$1 billion lost annually to foreign trips by Nigerians.

“As part of efforts to improve the packaging and quality standards of Nigeria’s exports, the Bank is also providing funding/investment guarantees to facilitate private sector investments and partnerships in internationally acceptable laboratories and assaying facilities/related infrastructure.

“This is in addition to providing funding support towards establishing of conditioning, irradiation and sterilisation facilities to enhance shelf life of perishable goods, as well as production of jute bags, corrugated cartons and flexible packaging materials.

“Given Nigeria’s huge solid minerals potentials and the logistics challenges that have prevented the realisation of such benefits, the Bank is supporting the promotion of inland waterways operations and bulk export terminal upgrade though its Sealink project.

It further added that, “This is expected to facilitate annual shipment of over 30million tonnes of solid minerals valued at US$1.8 billion”.

It noted that having realised the important contributions of the small and medium enterprises (SME) sector and the need to integrate many of the small traders into the formal sector, the Bank has been partnering with other stakeholders, under the auspices of FSS 2020 to develop the regulatory and legal framework for Factoring business in Nigeria.

This, it said was with a view to providing additional funding window and enhancing financial inclusion of small scale exporters.

NEXIM’s intervention is also targeted at state/regional development through its one-state-one export commodity programme, whereby at least N1 billion has been earmarked to develop one or two identified exportable commodities towards achieving the zero oil plan of the federal government and promoting inclusive economic growth. 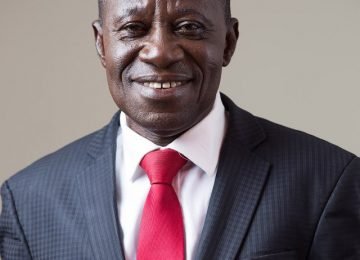 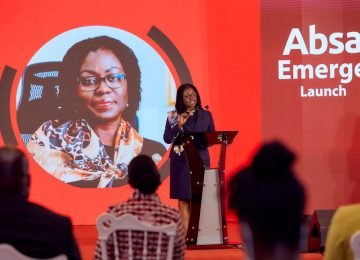 Posted by InstinctBusiness - June 14, 2019 0
The Director-General of the Nigerian Maritime Administration and Safety Agency (NIMASA), Dr. Dakuku Peterside, has said that the Agency had…