Strong crude demand from China has been one of the most important drivers in the ongoing recovery in oil markets, and in contrast to what many analysts expected, Chinese demand continued to be remarkably robust in July and August.

A survey released recently showed that China’s services sector grew at its fastest pace in over two and a half years in August. The so-called Non-Manufacturing PMI, together with the Manufacturing PMI are important sentiment gauges for the health of the economy.

Next to positive data from China, a weaker United States dollar remains an important factor for crude markets. Other key crude importers in Asia continue to be tempted to purchase oil as a weaker dollar results in lower import bills.

More bullish news for crude markets came from the UAE as Abu Dhabi National Oil Company (ADNOC) said that it plans to cut crude supplies by 30 percent in October. The decision to not ramp up exports after OPEC+ officially eased cuts in August shows the UAE’s commitment to the output cut deal. Posted by InstinctBusiness - May 22, 2020 0
FirstBank of Nigeria Limited has announced that thousands of students have been signing up to access the e-learning solutions for… 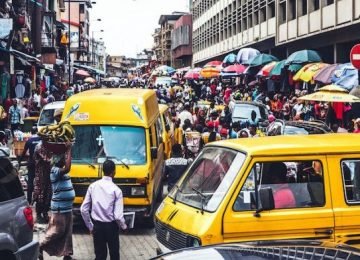 Posted by InstinctBusiness - August 6, 2020 0
Mutual Benefits Assurance Plc has announced a hit of 172 percent in profit before tax for the period ended 31,… Posted by InstinctBusiness - June 30, 2020 0
Mantrac Ghana Limited has donated an amount of $10,000 to the National COVID-19 Trust Fund. The cash donation is part…