The African Development Bank (AfDB) has approved a $210 million loan to help Nigeria upgrade its dilapidated electricity transmission and distribution network. The loan to Transmission Company of Nigeria (TCN) will support construction of 330KV double circuit quad transmission lines and sub-stations across the country, the bank said in a statement late on Friday. The

The African Development Bank had recently approved a long-term senior loan of $400 million to support the building of an integrated liquefied natural gas plant, including a liquifaction facility in mozambique, which is expected to become one of the world’s largest LNG exporters. According to a statement, the AfDB said the Mozambique LNG Area 1

In its bid to boost capital, the African Development Bank’s (AfDB) board recently approved a 125 per cent capital increase to $208 billion, which was disclosed by President Akinwumi Adesina. According to reports, the decision caps two years of negotiations to give the Abidjan-based bank greater scope to meet the continent’s funding needs, the last

AFDB Increases Capital from $93bn to $115bn, Greatest in its history

The African Development Bank will massively increase the size of its funding programme in the coming years, after approving the largest capital increase in its history. At a meeting recently, the governors of the AfDB, representing shareholders from more than 80 countries, has approved to increase its working capital from $93 billion to $115 billion

The African Development Bank (AfDB) and Seedstars World, a Swiss-based start-up in emerging markets, have revealed a strategic partnership to implement innovative ‘job creation track’ model to support youth employment and entrepreneurship in Africa. The partnership is in line with the Bank’s entrepreneurship and innovation lab under its Jobs for Youth in Africa (JfYA) strategy. 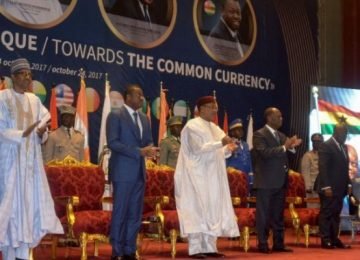 As part of its plans to make Africa a more integrated continent, leaders of the Economic Community of West African States (ECOWAS) have adopted the name ‘ECO’ for a planned single currency to be used in the region. The 15 member group announced at the end of an ECOWAS summit in Abuja, Nigeria’s capital on 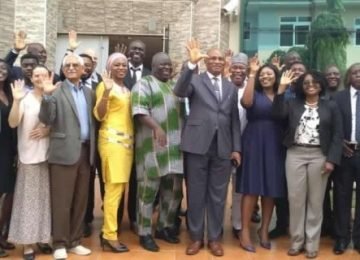 The Board of Directors of the Agriculture Fast Track Fund (AFT) of the African Development Bank (AFDB) have approved US$23 million grants to support agribusiness Small-and-Medium- sized Enterprises (SMEs) in eight African countries. The multi-donor Trust Fund is being supported by the governments of the United States of America, Denmark and Sweden through their development

The President of the African Development Bank (AfDB), Akinwumi Adesina, will visit Ghana from 1-4 August 2017 as part of efforts to strengthen cooperation. The President’s visit to Ghana will provide an opportunity to engage with the President of Ghana, Nana Akufo-Addo, key cabinet members and other development partners on the Bank’s partnership with the