The Bank of Industry (BoI) and the Ebonyi state government have signed a N4billion memorandum of understanding (MoU) to fast track jobs and wealth creation through entrepreneurship and promote agriculture and the setting up of industries in the state.

At the event held at the Ebonyi state government house in Abakaliki, The Managing Director of BoI, Kayode Pitan, noted that the bank has been involved in supporting entrepreneurs in the growth of large and small scale industries in the state before now in excess of N2billion.

Governor Dave Umahi of Ebonyi state commended BoI for their support towards the state’s economic growth initiative with 50 per cent of the Fund. He explained that half of the money (2 billion) will be dedicated to the agric sector and the other half to the industrial sector.

The Governor added that the initiative was a solution to the economic recession currently plaguing the country. He stressed on the empowerment program as one proven to be more impacting when anchored with the bank of industry which has competent personnel and an effective coordinating strategy. He explained that half of the money (2 billion) will be dedicated to the agric sector and the other half to the industrial sector. He said beneficiaries of short-term loans will be charged five per cent, while long-term beneficiaries will pay back with a 6.25 per cent.

Governor Umahi urged his cabinet members to create awareness of the intervention fund across their constituencies and encourage would-be beneficiaries to set up cooperative societies to enable them access the fund and also participate in entrepreneurship capacity building workshops to be hosted by BoI.

New Malta Guinness promo to give up to GH¢10,000 every week to lucky consumer

Posted by InstinctBusiness - September 4, 2017 0
Malta Guinness, the nation’s favorite malt drink, is giving consumers the chance to fulfill their dreams in the latest “Go… 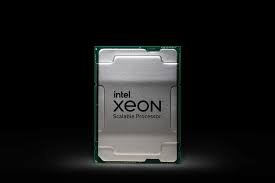